Carry-the-Message Chairperson has the sensitive task of encouraging a large attendance without abandoning A.A.’s principle of “attraction rather than promotion.” Publicity efforts can be kept within the dignity and spirit of A.A. through the following means:

a. Preparation and distribution of material about the program, speakers, and time and location of the convention (perhaps including map of area, if necessary). The convention publicity material should also be sent to the press, radio, and TV outlets in the immediate area, (The Public Information Workbook, available from G.S.O., gives useful advice on approaching the media.)

b. Regular flyers about the convention will be mailed as often as possible to all groups in the SCV and surrounding areas, with the first mailing beginning about six months before the convention date.

c. Dates and location of the convention, with a mailing address for information or registration, should be sent (three months in advance) to the A.A. Grapevine and to Box 4-5-9, to be published in their calendars. The GV lists only area, regional, state, or provincial events of more than one day’s duration; send notices to Box 1980, New York, NY 10163. For Box 4-5-9, send notices to Box 459, Grand Central Station, New York, NY 10163.

Obviously all the local groups should be inundated with flyers for the convention as well as all special events. In the Past a Carry-the-Message Plan of Action “CTM POA” was drafted in order to develop a guideline for insuring that all the groups in Southern California and the surrounding areas were including in the distribution area. Captain are assigned different geographical areas to assist in this endeavor.

Example of the CTM POA: 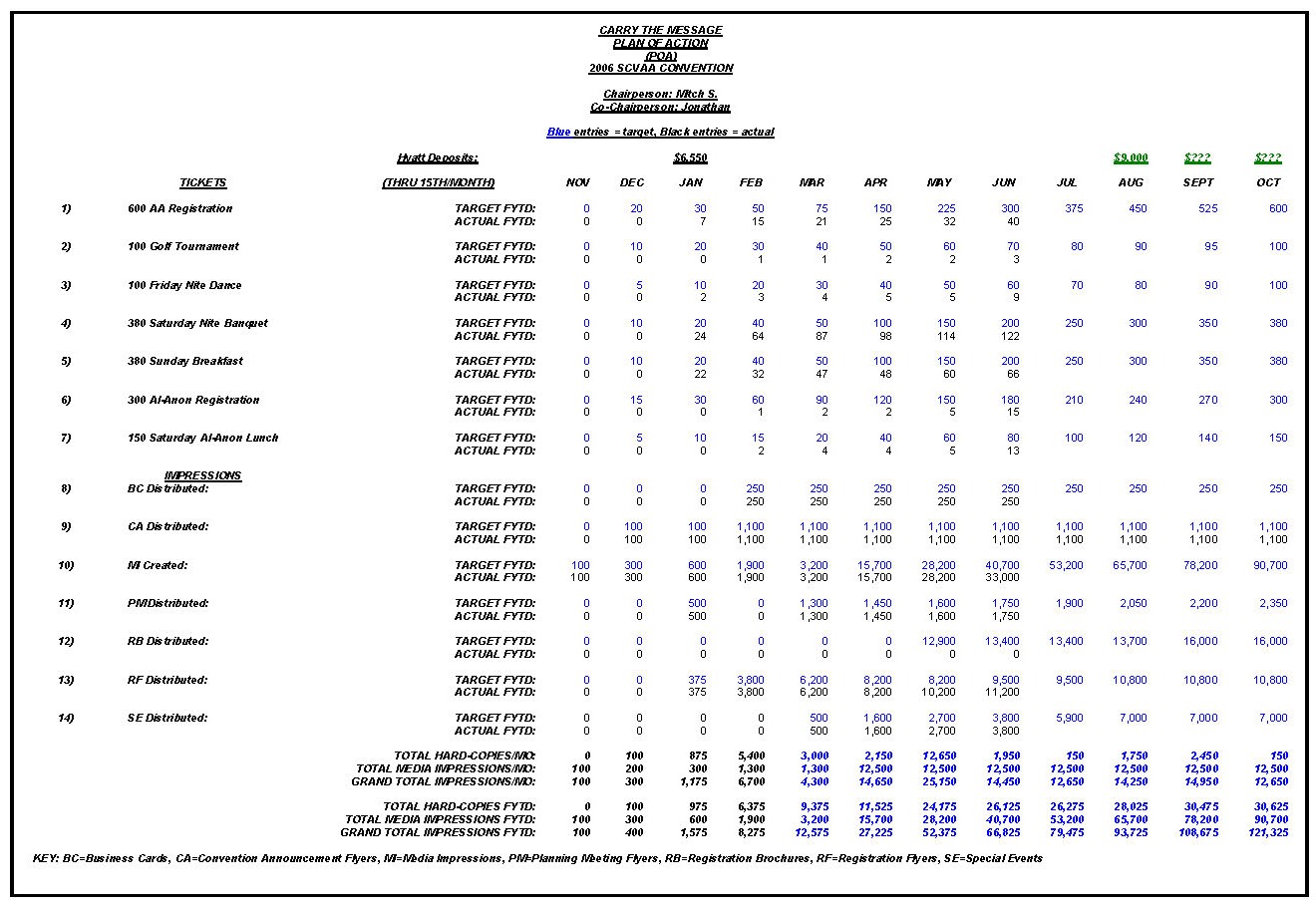 It is key to also distribute large amounts of flyers at other A.A. special events such as:

1. All other Southern California and surrounding Conventions (as well as the planning meetings for these conventions)

5. Any other A.A. event were a large group of sober people congregate.

It is also very important to encourage all people involved with the convention to make announcements at the meetings they attend.

The convention owns a large network-able, color laser printer for printing flyers at a much reduced rate from hiring a professional printer. Here are some thumbnails of flyers from the past: 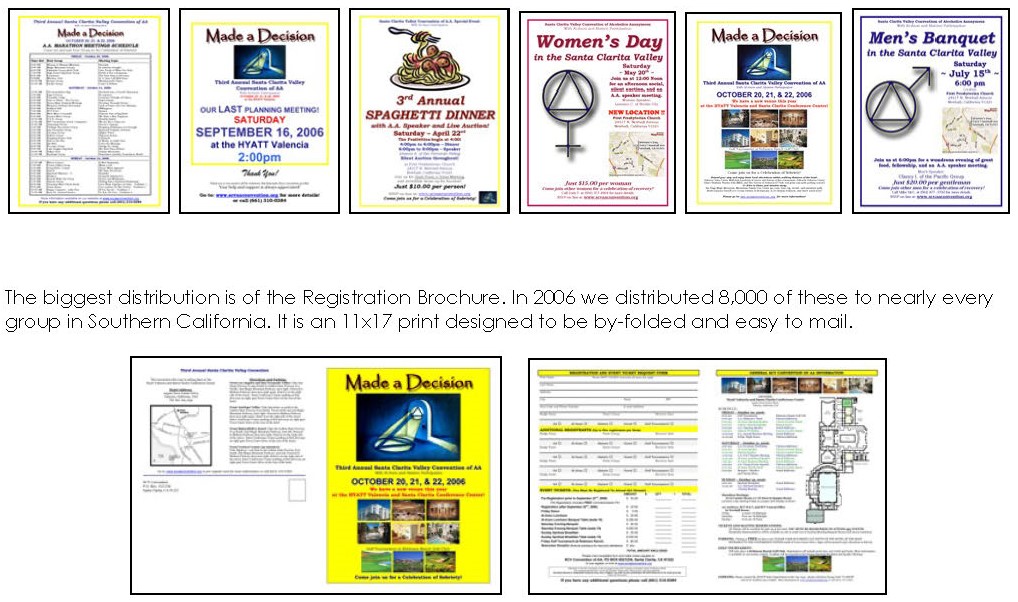